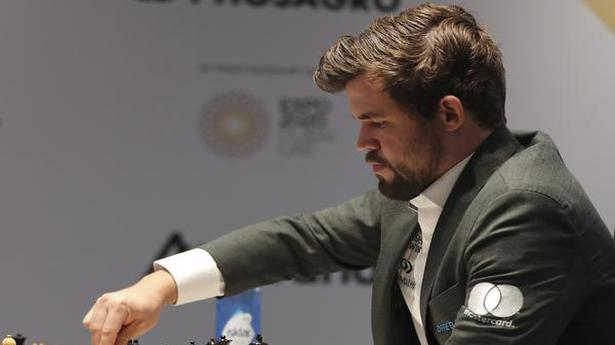 Magnus Carlsen’s unmatched persistence came to the fore as he reinforced his reputation of being able to “squeeze water out of stone.” Displaying awe-inspiring tenacity, the champion nailed Ian Nepomniachtchi in the longest game in World chess championship, in Dubai in the early hours of Saturday.

In an epic lasting 136 moves, spread over 7 hours and 45 minutes, Carlsen managed to break Nepo’s resistance and gained a 3.5-2.5 lead after six games. The first to reach 7.5 points in the best of 14-game match wins.

The number of moves played beat the previous record of 124 moves in the drawn fifth game between Anatoly Karpov and Viktor Korchnoi in their 1978 World title clash.

Carlsen, better placed once Nepo let go of a promising position leading to the first time-control, kept pressing for a possible win even when a draw appeared the most likely outcome.

The explanation from the champion was, “It shouldn’t be easy in a World Championship match and you have to try for every chance, no matter how small it is, and part of it was by design. At some point, I thought I should make the game as long as possible so that we would both be as tired as possible when the critical moment came, and that turned out to be a good strategy.

“I think I was maybe a little more patient towards the end. I did feel at some point he (Nepo) was losing his patience a little bit, defending that ending. He was not being quite as vigilant as he was at the start, and that gave me some hope, and eventually he gave me the chance to break through.

“Now, obviously, I’m exhausted, but after a win, and those are not easy to come by, I’m obviously elated!”

Nepo’s reaction was, “Obviously it wasn’t the most pleasant game. But anyway, life goes on. It’s not a big deal.”

Carlsen’s decision to trade his queen for two rooks and later, the choice to break Nepo’s ‘fortress’ by giving up the rook for a bishop and pawn, paved the way for a historic win.

As Viswanathan Anand observed during his commentary, “Nepo had an easy draw (around the 50th move) but he has made it difficult for himself. Now, I don’t see white (Carlsen) letting him get away.”

Legendary Garry Kasparov described it as, “Incredible game. 7 hours, 45 minutes of peak concentration at the highest level of competition. Remember this, when you hear chess isn’t a sport, or that physical condition isn’t so important. Or when they say classical chess is dead!”

After the gruelling, marathon sixth game, Carlsen and Nepo played out a rather quick 41-move draw, in just over two and a half hours, in the seventh game.

Which countries are best for road trips? See the top 5...