Why the Tuskegee Study Slowed Vaccinations of Black Americans 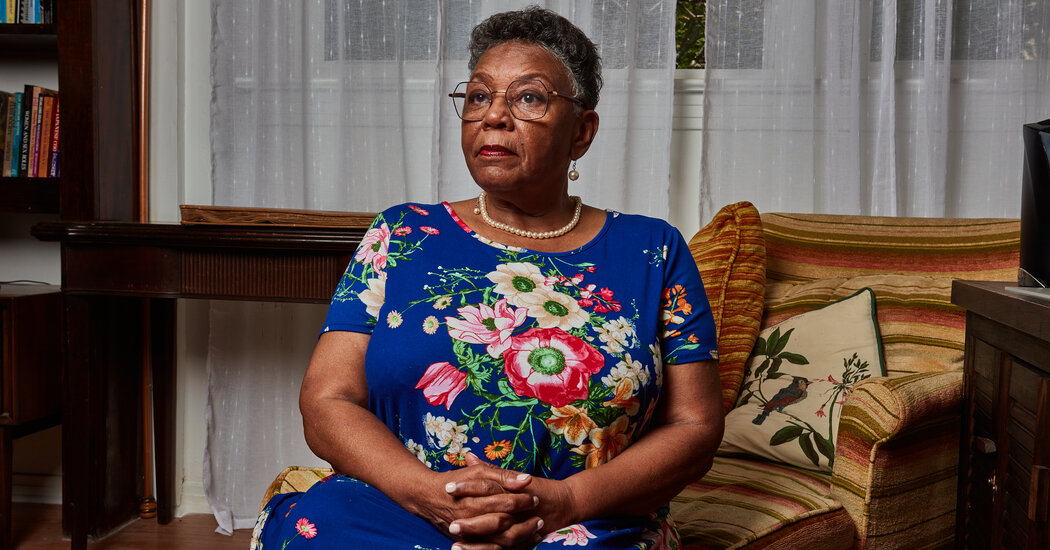 TUSKEGEE, Ala. — By the time vaccines for the coronavirus were introduced late last year, the pandemic had taken two of Lucenia Williams Dunn’s close friends. Still, Ms. Dunn, the former mayor of Tuskegee, contemplated for months whether to be inoculated.

It was a complicated consideration, framed by the government’s botched response to the pandemic, its disproportionate toll on Black communities and an infamous 40-year government experiment for which her hometown is often associated.

“I thought about the vaccine most every day,” said Ms. Dunn, 78, who finally walked into a pharmacy this summer and rolled up her sleeve for a shot, convinced after weighing with her family and doctor the possible consequences of remaining unvaccinated.

“What people need to understand is some of the hesitancy is rooted in a horrible history, and for some, it’s truly a process of asking the right questions to get to a place of getting the vaccine.”

In the first months after the vaccine rollout, Black Americans were far less likely than white Americans to be vaccinated. In addition to the difficulty of obtaining shots in their communities, their hesitancy was fueled by a powerful combination of general mistrust of the government and medical institutions, and misinformation over the safety and efficacy of the vaccines.

But a wave of pro-vaccine campaigns and a surge of virus hospitalizations and deaths this summer, mostly among the unvaccinated and fueled by the highly contagious Delta variant, have narrowed the gap, experts say. So, too, have the Food and Drug Administration’s full approval of a vaccine and new employer mandates. A steadfast resistance to vaccines in some white communities may also have contributed to the lessening disparity.

While gaps persist in some regions, by late September, according to the most recent survey by the Kaiser Family Foundation, a roughly equal share of Black, white and Hispanic adult populations — 70 percent of Black adults, 71 percent of white adults and 73 percent of Hispanic adults — had received at least one vaccine dose. A Pew study in late August revealed similar patterns. Federal data shows a larger racial gap, but that data is missing demographic information for many vaccine recipients.

Since May, when vaccines were widely available to a majority of adults across the country, monthly surveys by Kaiser have shown steady improvement in vaccination rates among Black Americans.

How the racial gap was narrowed — after months of disappointing turnout and limited access — is a testament to decisions made in many states to send familiar faces to knock on doors and dispel myths about the vaccines’ effectiveness, provide internet access to make appointments and offer transportation to vaccine sites.

In North Carolina, which requires vaccine providers to collect race and ethnicity data, hospital systems and community groups conducted door-to-door canvassing and hosted pop-up clinics at a theme park, a bus station and churches. Over the summer, the African American share of the vaccinated population began to more closely mirror the African American share of the general population.

In Mississippi, which has one of the country’s worst vaccination rates and began similar endeavors, 38 percent of people who have started the vaccine process are Black, a share that is roughly equal to the Black share of Mississippi’s population.

And in Alabama, public awareness campaigns and rides to vaccination sites helped transform dismal inoculation rates. A store owner and county commissioner in Panola, a tiny rural town near the Mississippi border, led the effort to vaccinate nearly all of her majority Black community.

Health officials and community leaders say that those who remain unvaccinated have pointed to concerns about how quickly the vaccines were developed and what their long-term health effects might be, plus disinformation such as whether they contain tracking devices or change people’s DNA. The damage wrought by the government-backed trials in Tuskegee, in which Black families were misled by health care professionals, also continues to play a role in some communities, helping to explain why some African Americans have still held out.

“It’s less about saying, ‘This racial ethnic group is more hesitant, more unwilling to get vaccinated,’ and more about saying, ‘You know, this group of people in this given area or this community doesn’t have the information or access they need to overcome their hesitancy,’” said Nelson Dunlap, chief of staff for the Satcher Health Leadership Institute at the Morehouse School of Medicine.

When the U.S. Public Health Service began what it called the “Tuskegee Study of Untreated Syphilis in the Negro Male,” 600 Black men — 399 with syphilis and 201 without the disease — were told they would be treated for so-called bad blood in exchange for free medical exams, meals and burial insurance. In reality, treatment was withheld. Even after penicillin was discovered as an effective treatment, most did not receive the antibiotic.

The experiment began in 1932 and did not stop until 1972, and only after it was exposed in a news article. The surviving men and the heirs of those who had died were later awarded a settlement totaling about $10 million, and the exposure of the study itself eventually led to reforms in medical research. Still, the damage endured.

“Few families escaped the study. Everyone here knows someone who was in the study,” said Omar Neal, 64, a radio show host and former Tuskegee mayor who counts three relatives in the study and who wavered on a vaccine before finally getting one, his mind changed by the rising number of deaths. “And the betrayal — because that is what the study was — is often conjured whenever people are questioning something related to mistrusting medicine or science.”

Rueben C. Warren, director of the National Center for Bioethics in Research and Health Care at Tuskegee University, said the study served as a real example in the long line of medical exploitation and neglect experienced by Black Americans, eroding trust in the government and health care systems.

What to Know About Covid-19 Booster Shots

The F.D.A. authorized booster shots for a select group of people who received their second doses of the Pfizer-BioNTech vaccine at least six months ago. That group includes: Pfizer recipients who are 65 or older or who live in long-term care facilities; adults who are at high risk of severe Covid-19 because of an underlying medical condition; health care workers and others whose jobs put them at risk. People with weakened immune systems are eligible for a third dose of either Pfizer or Moderna four weeks after the second shot.

The C.D.C. has said the conditions that qualify a person for a booster shot include: hypertension and heart disease; diabetes or obesity; cancer or blood disorders; weakened immune system; chronic lung, kidney or liver disease; dementia and certain disabilities. Pregnant women and current and former smokers are also eligible.

It is not recommended. For now, Pfizer vaccine recipients are advised to get a Pfizer booster shot, and Moderna and Johnson & Johnson recipients should wait until booster doses from those manufacturers are approved.

Yes. The C.D.C. says the Covid vaccine may be administered without regard to the timing of other vaccines, and many pharmacy sites are allowing people to schedule a flu shot at the same time as a booster dose.

“The questions being asked about the vaccine should be understood in the larger context of historic inequities in health care,” Dr. Warren said. “The hope, of course, is they finally decide to get the vaccine.”

A national campaign led by the Ad Council and Covid Collaborative, a coalition of experts, tackled the hesitation. This summer, a short-form documentary including descendants of the men in the Tuskegee study was added to the campaign.

When Deborah Riley Draper, who created the short-form documentary, interviewed descendants of the Tuskegee study, she was struck by how shrouded it was in myths and misconceptions, such as the false claim that the government had injected the men with syphilis.

“The descendants’ message was clear that African Americans are as much a part of public health as any other group and we need to fight for access and information,” she said.

In Macon County, Ala., which has a population of about 18,000 and is home to many descendants of the Tuskegee trials, about 45 percent of Black residents have received at least one vaccine dose. Community leaders, including those who are part of a task force that meets weekly, attribute the statistic, in part, to local outreach and education campaigns and numerous conversations about the difference between the Tuskegee study and the coronavirus vaccines.

For months, Martin Daniel, 53, and his wife, Trina Daniel, 49, resisted the vaccines, their uncertainty blamed in part on the study. Their nephew Cornelius Daniel, a dentist in Hampton, Ga., said he grew up hearing about the research from his uncle, and saw in his own family how the long-running deception had sown generational distrust of medical institutions.

Mr. Daniel, 31, said he overcame his own hesitation in the spring because the risks of working in patients’ mouths outweighed his concerns.

His uncle and aunt reconsidered their doubts more slowly, but over the summer, as the Delta variant led to a surge in hospitalizations across the South, the Daniels made vaccination appointments for mid-July. Before the date arrived, though, they and their two teenage children tested positive for the coronavirus.

On July 6, the couple, inseparable since meeting as students on the campus of Savannah State University, died about six hours apart. Their children are now being raised by Mr. Daniel and his wife, Melanie Daniel, 32.

“We truly believe the vaccine would have saved their lives,” Ms. Daniel said.

Having More than Once Source of Income Can Make You Rich. Here’s How to Make it Happen